Another Nail In The Coffin?

It appears that Hastings has lost yet another part of its musical heritage.

I heard via Twitter (once again) that both The Crypt and The Street has closed their doors for business yesterday, 31st January 2011.
Coming as this does only a few months after a fire destroyed the Pier Ballroom on Hastings Pier and hot on the heels of the confusion surrounding Venuu in George Street, this is another bad day for live music in the Hastings area.

The Crypt has played host to so many young bands in its time. Bands such as Coldplay and Snow Patrol played there on their way to global success. The venue was a part of the established live circuit for up and coming UK bands and many of them have passed through its doors on their way to bigger things.
The Crypt also attracted more established acts like Gil Scott Heron and Ash to play on that tiny stage, next to that sticky floor!
It should also be remembered that The Crypt played host to some great DJ's and helped spread the word about the Dance Music revolution of the 1990's.

Like the loss of the Pier Ballroom, the closure of The Crypt has robbed Hastings of so many musical memories. The combined musical history of both The Crypt and Hastings Pier takes in pretty much the whole of popular music since the 1960's.
When the heyday of Hastings Pier faded, The Crypt was ready to step into the breach and provide a venue for touring bands to play in.

As with Hastings Pier, so many local and not so local people will have their own happy memories of evenings and nights spent in The Crypt, including my entire family.

But, it is not just those memories that have been lost. This is also the loss of yet another live music venue in the town. Apart from, obviously, not now being able to attract some of those new up and coming bands to Hastings. This will also hamper the emergence of any new local bands and musicians.

One thing The Crypt was always good at was helping to provide a live venue for new local bands. I've seen many there myself.
Any town of this size needs venues where young bands can play on a real stage, with a proper sound system. This is where they learn their "trade" and the experience of playing on a stage where so many of their own musical heroes may well have played is always a good thing.

So, is this yet another nail in the coffin of live music in Hastings?
Initial thoughts would suggest so, after all we have had more than our fair share of bad news recently. But, i  certainly hope not.
Maybe, the reports of The Crypt's demise are exaggerated.
We can but hope. 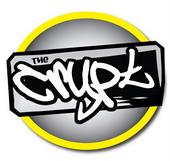